Action Marine's black weapons tree included a raft, a rifle, a missile, an oar and a post to mount the rifle on the raft.

A green backpack and missile launcher were also included in the package.
The front cover opened to reveal the image below. The back cover showed the four individually boxed 30th anniversary figures. 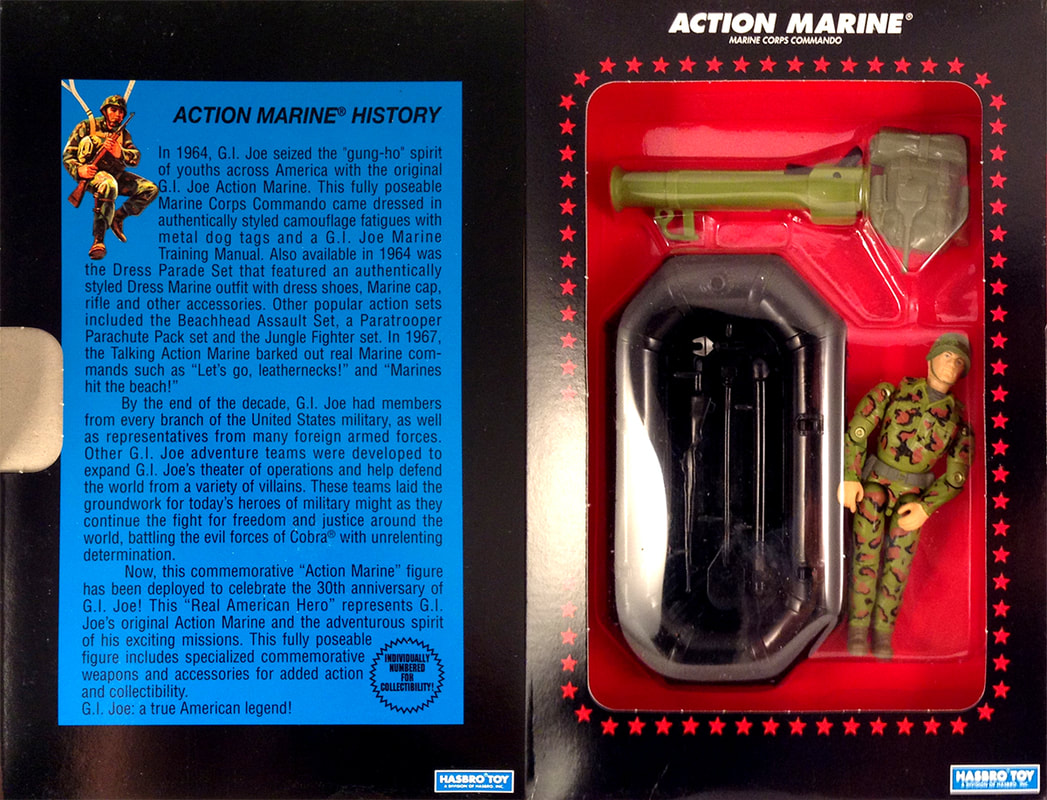 Action Marine was first sold individually boxed (above). He was later sold in the Original Action Team boxed set (below). 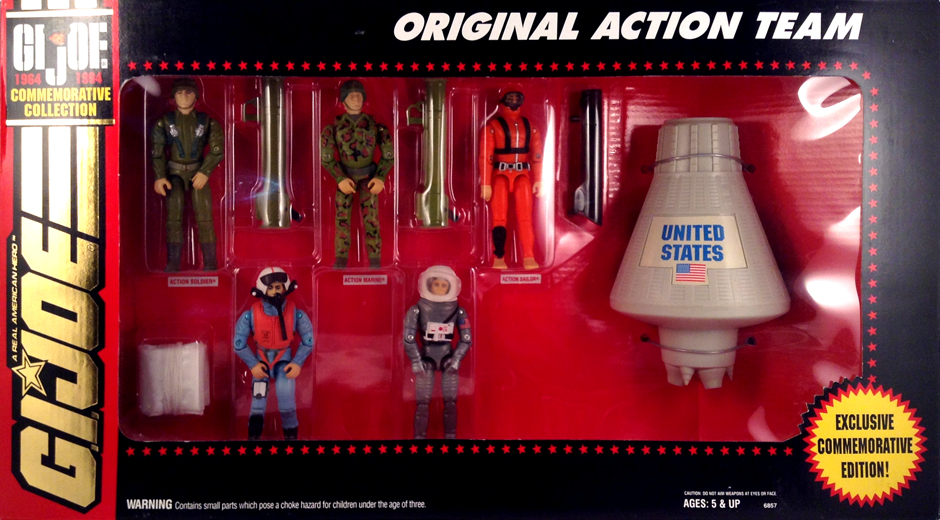 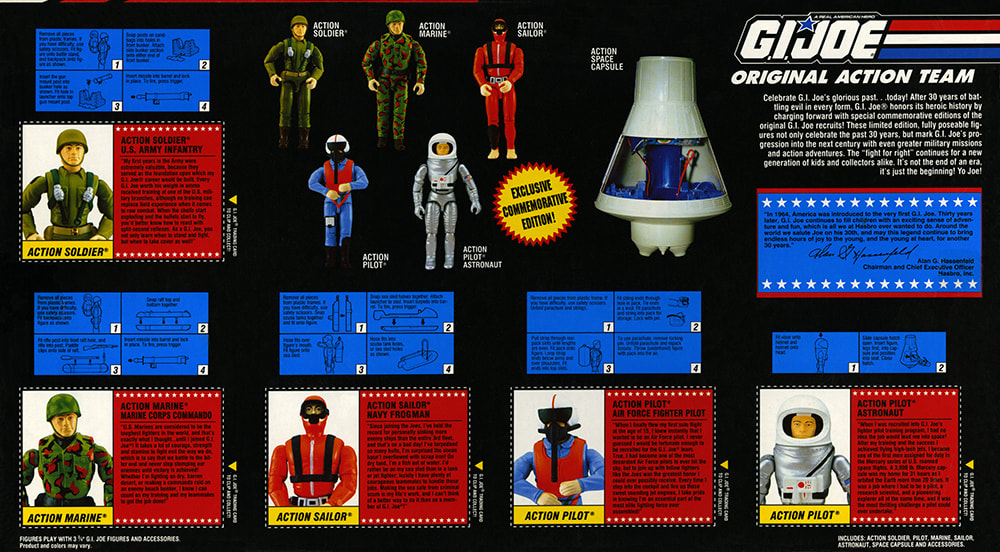 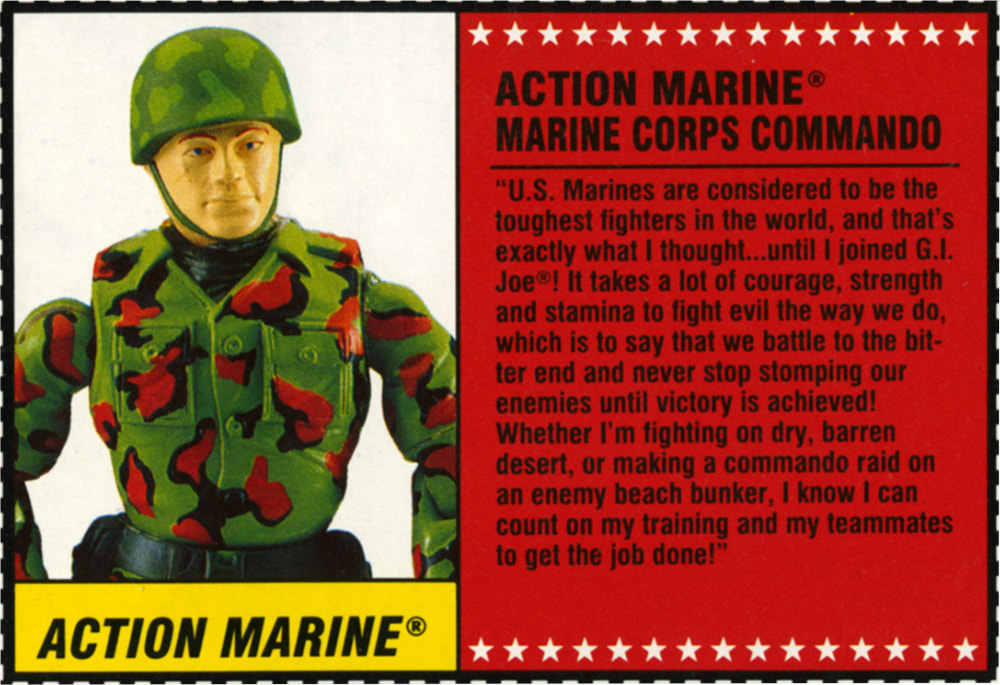