Ken Masters features a spring action Double Fireball Fists feature. To activate, simply rotate either arm in a clockwise position, then let go to watch them snap back into the previous position.
Loose figure and uncut cardback courtesy of Joe Goldston. 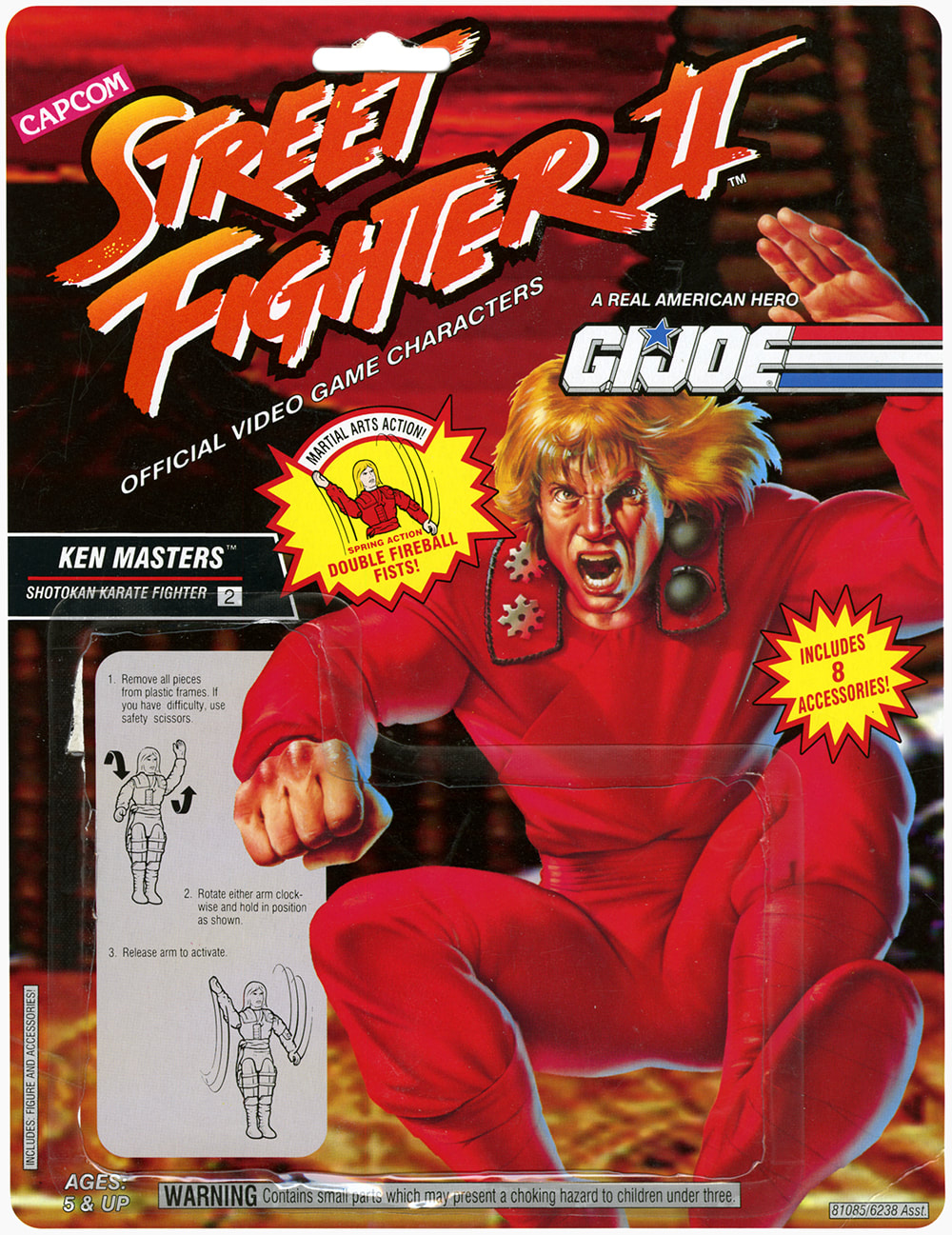