Includes: mind-control, memory drain unit; flamethrower, hand, psychic sensor backpack, figure stand
1992 made battle stands standard in all carded figure packages.
Overkill's chest piece opened to reveal a small double-barrelled weapon.
The large TBC backpacks were permanently attached to the figures and could only be removed with a screwdriver.
Overkill's giant backpack has four buttons and makes four different sounds. Have a listen below:
Roll over the images below to find out more, or click the images to enlarge them. Photos courtesy of Phillip Donnelly. 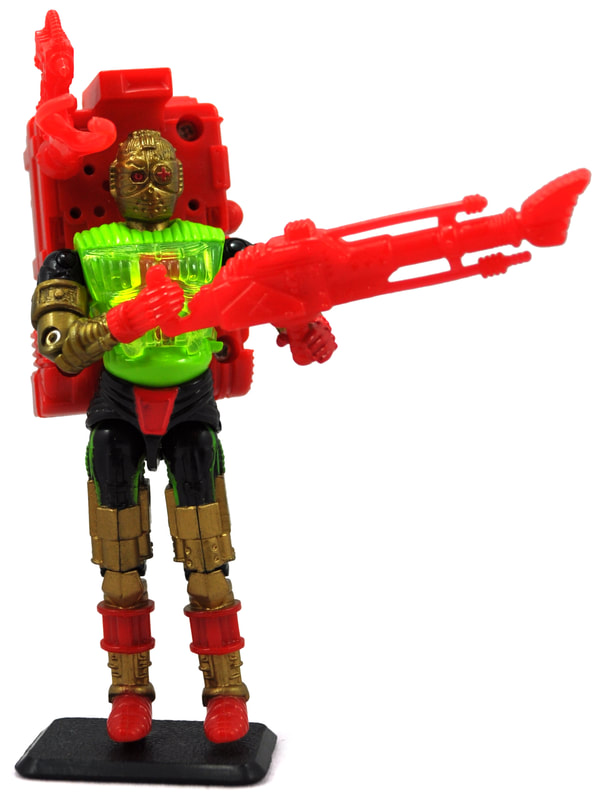 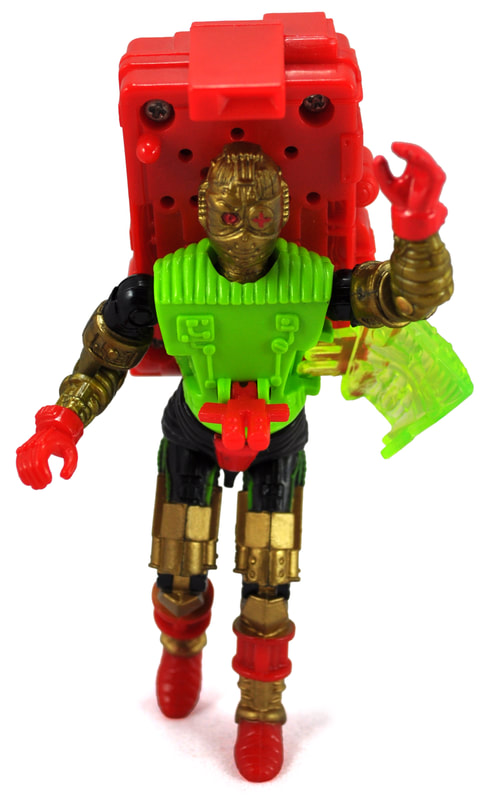 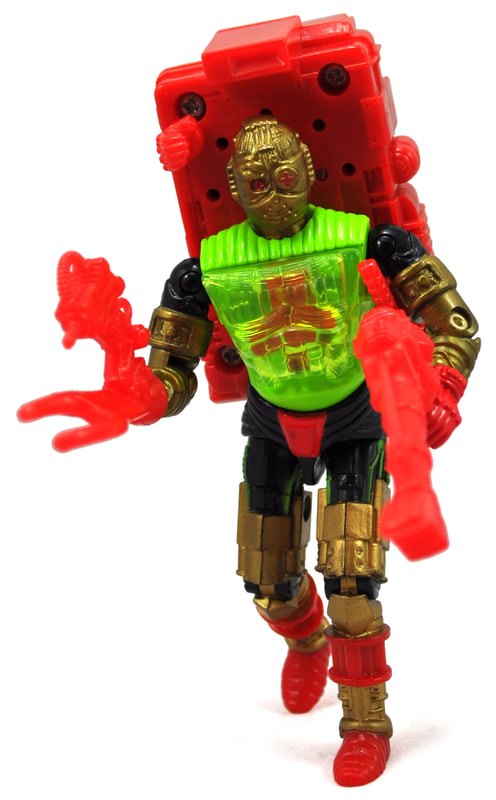 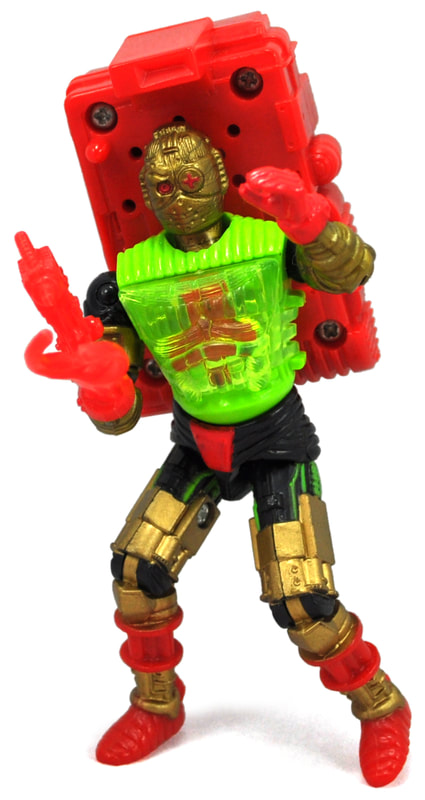