Includes: long range, dual missile launcher; missile (2), rifle, tactical artillery monitor backpack (held on by 3 screws), figure stand
1992 made battle stands standard in all carded figure packages.
The large TBC backpacks were permanently attached to the figures and could only be removed with a screwdriver.
Cobra Commander's giant backpack has four buttons and makes four different sounds. Have a listen below:
​Roll over the images below to find out more, or click the images to enlarge them. Photos courtesy of Phillip Donnelly. 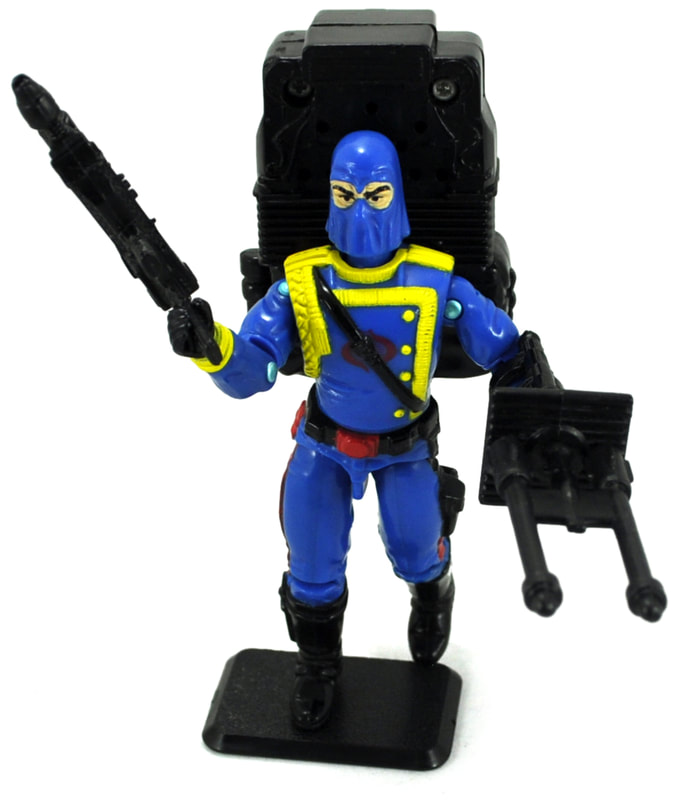 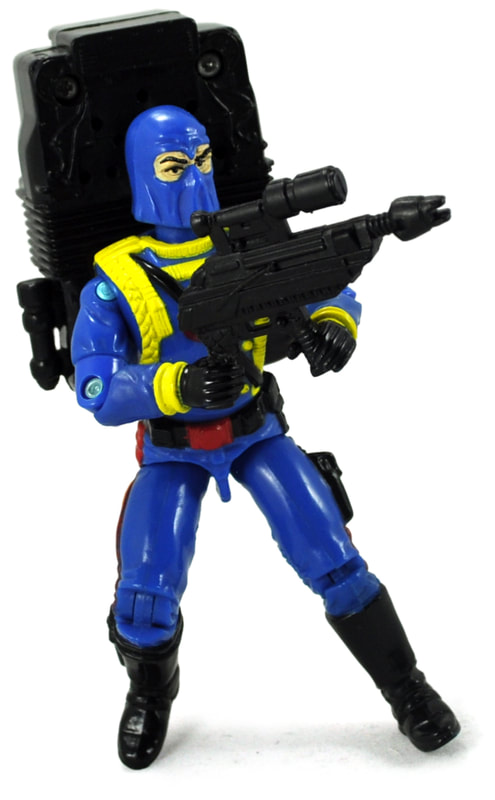 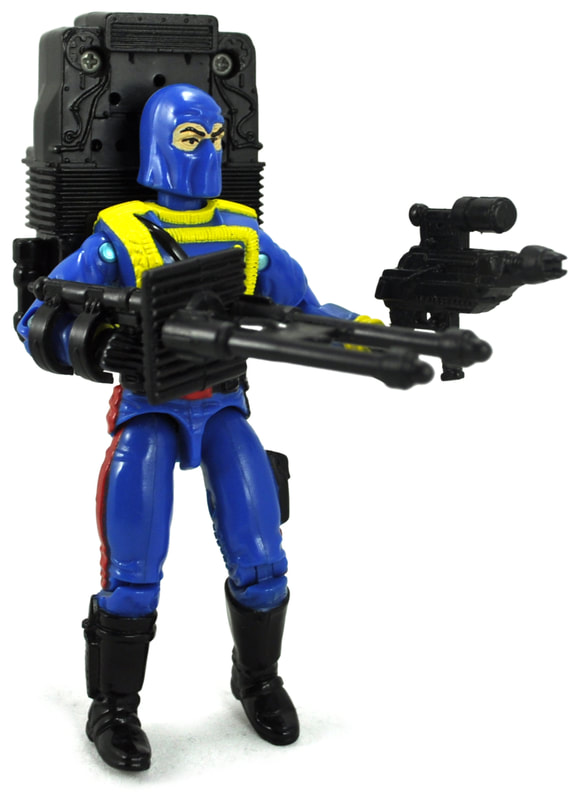 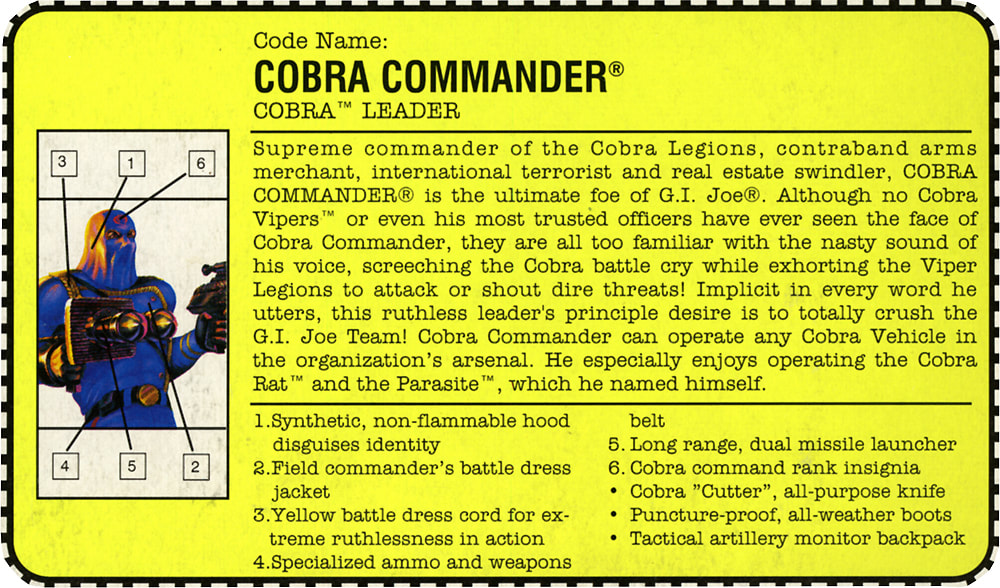