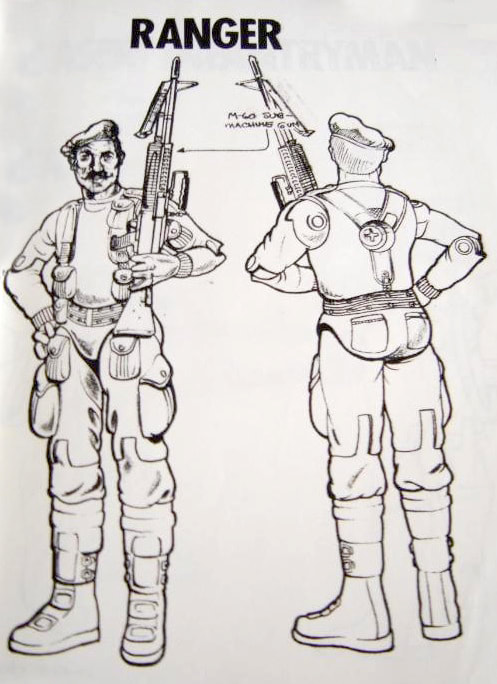 The above illustration was signed and dated 5-20-1981 by Ron Rudat. This is believed to be an earlier take on what would become Stalker. Note the M-60 sub-machine gun.
This undated illustration by Ron Rudat shows Ron's working titles for each of the 13 original 1982 Joes. Grand Slam and Flash share one illustration and are labeled twice. Here Stalker is labeled "Ranger" 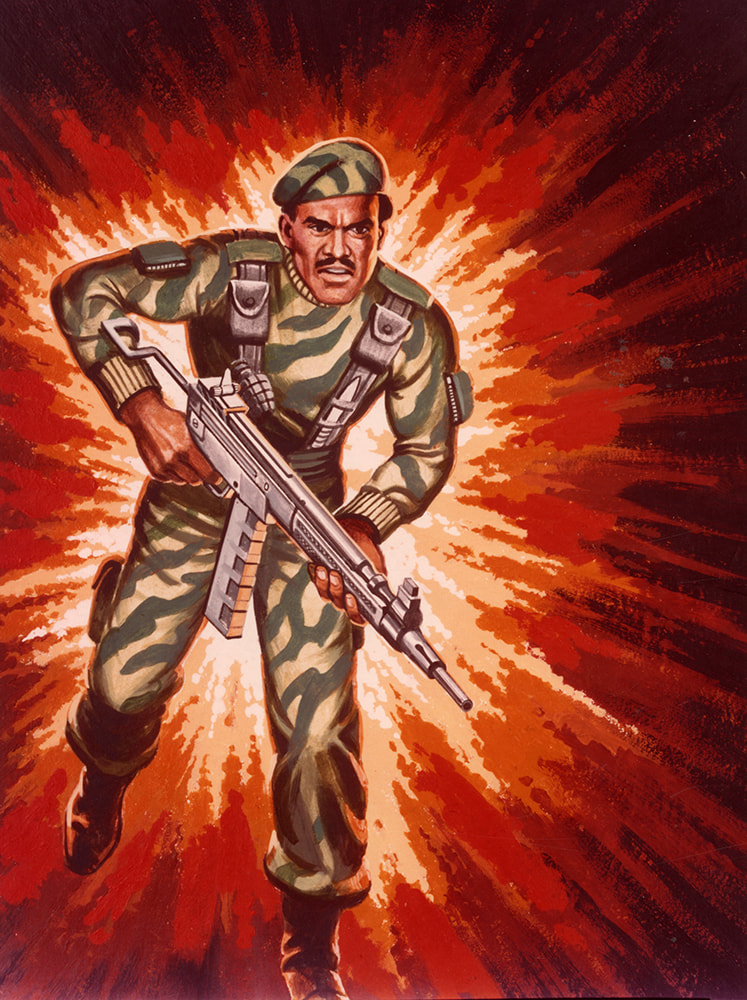