Includes: Blackstar Blaster missile launcher, backpack, missile (2)
NOTE: Many 1991-1994 figures included figure stands, but not all. For decades Cobra Blackstar was reported to include a black figure stand. After consultation with the community and inspection of more than a dozen MOC samples, we've concluded that Cobra Backstar did not come with a black figure stand. If you have any evidence to the contrary, specifically a MOC Cobra Backstar that includes a figure stand, please reach out using the Facebook or Twitter links above.
1994 continued the tradition of oversized, spring-loaded weapons. These powerful weapons shoot over 10 feet. Blackstar's spring-loaded weapon (the Blackstar Blaster) slides up on his backpack to fire forward. It came with two black missiles. 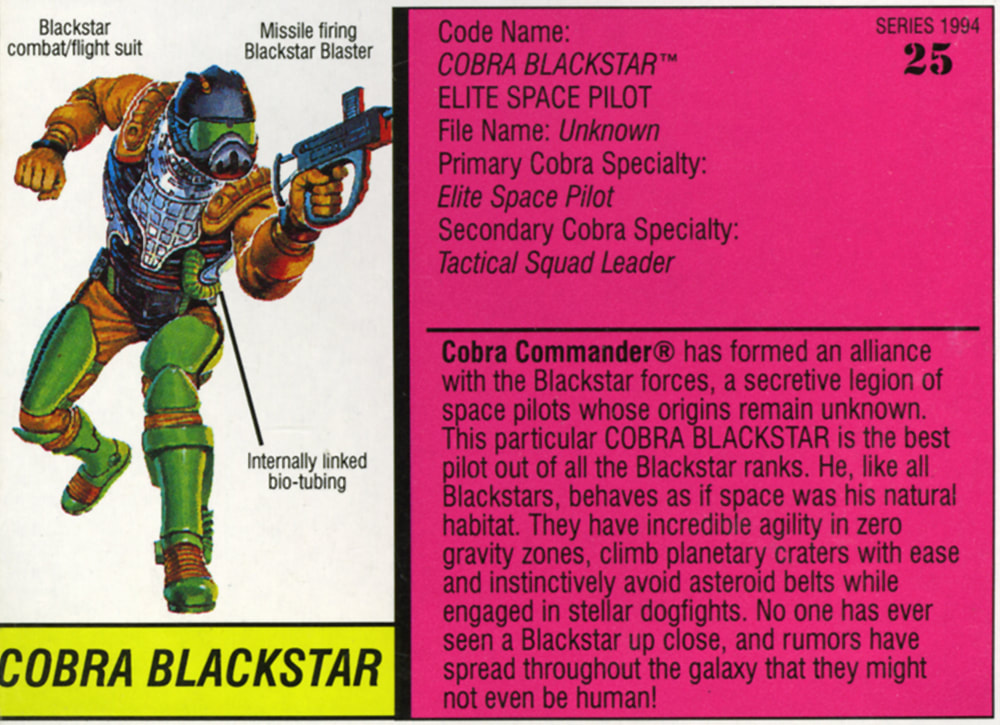