This version of Outback was originally intended to be part of the ill-fated 1993 Eco-Warriors subset.
Instead he was released on a Battle Corps card. Outback v3 was eventually replaced by a repainted v4 that same year. 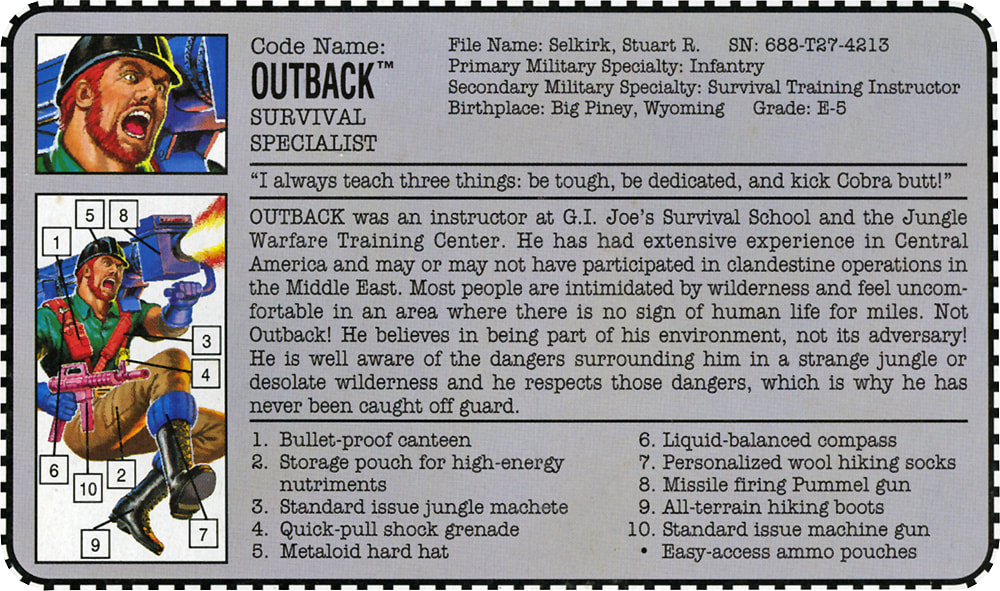