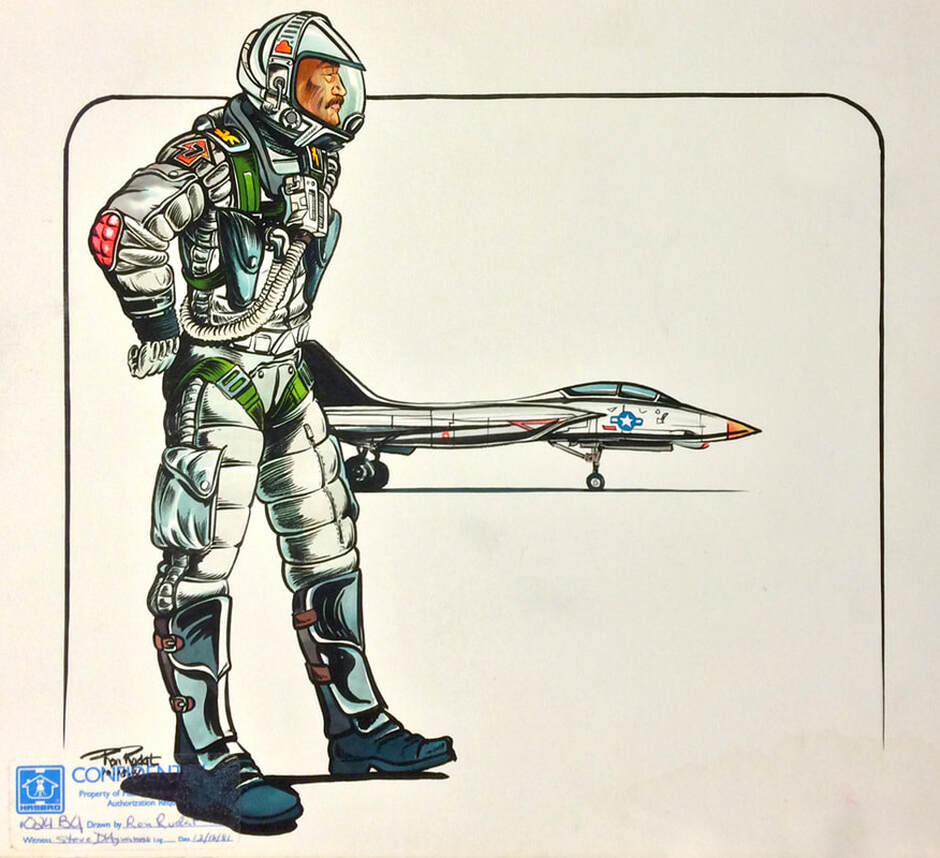 Ace was initially designed by Ron Rudat in 1981. Once Ron and the Product Manager (Kirk Bozigian) had arrived at a design they were happy with, it was time to sell that concept through to senior management. To do so, they created presentation art, a more refined illustration with full rendering and shaded colors. This presentation art was also shown in meetings with costing people, engineering, and even retailers. Early on, Ron created figure presentation art (see Ace, above). As the line grew and his responsibilities multiplied this task was assigned to other artists (most notably George Woodbridge and Dave Dorman). The presentation art above was signed and dated December 18, 1981 by Ron Rudat. 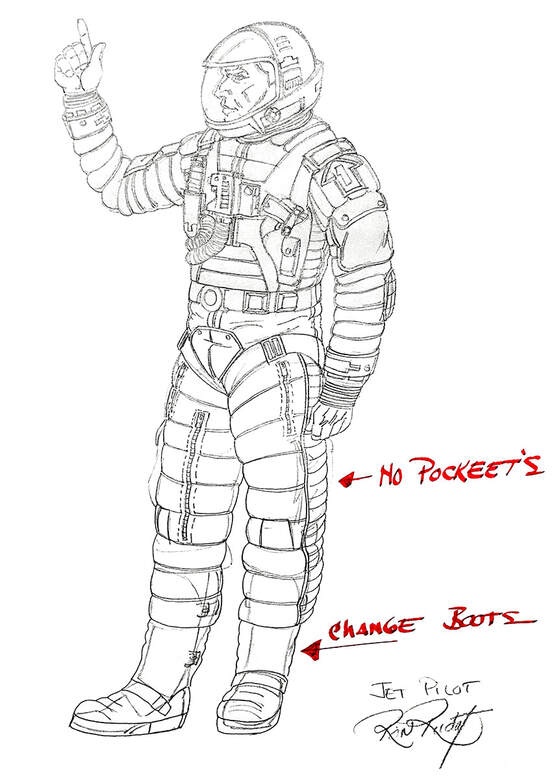 Research and Ideation (or Sketching) Revisions

This undated illustration was signed by Ron Rudat and labeled as Jet Pilot. Either Ron or Kirk Bozigian annotated two revisions from the previous version that was shown in the presentation art above: "No Pockeet's" [sic] and "Change Boots." You can still see more faint lines for the pockets and heeled boots, as if they were erased. 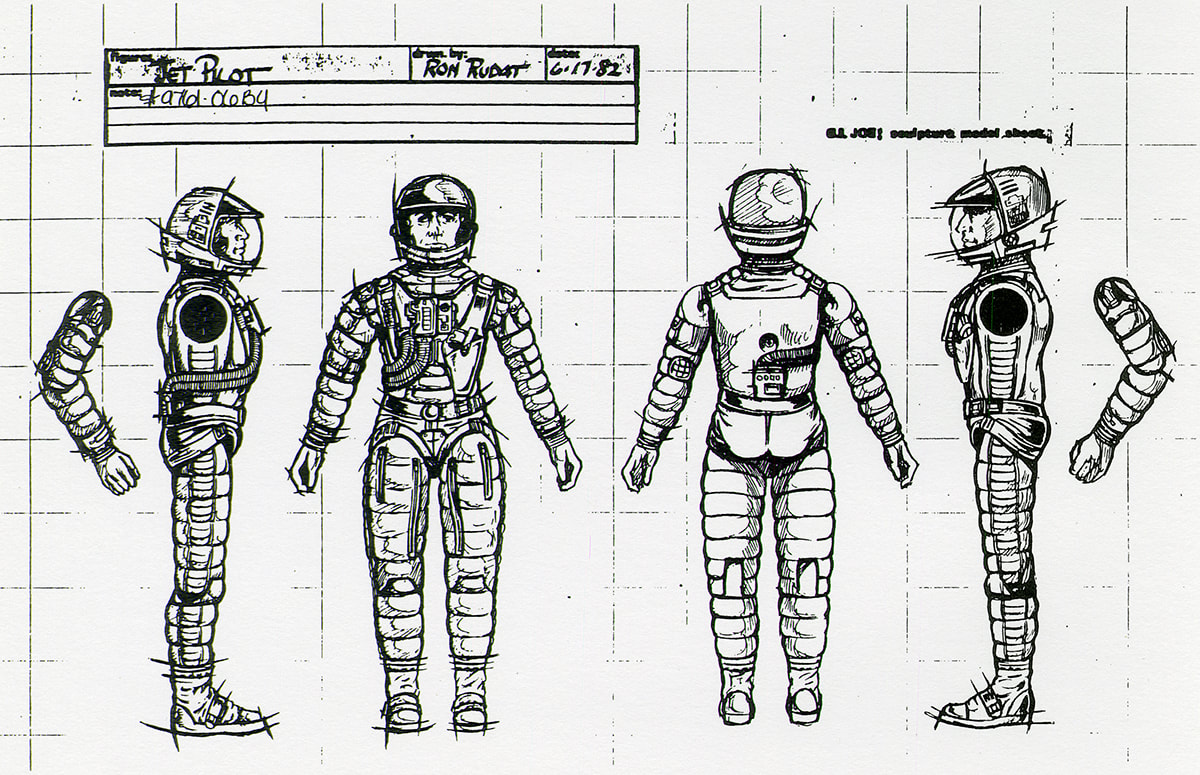 Once management had signed off on the design, Ron would get back to work creating figure sculpture sheets (also known as control art). These sheets showed views from the front and back and from both sides with the arms removed. Some revisions were still made at this point. Once completed, these sheets were shared with the sculptors that were tasked with creating the figures. There was no precedent at Hasbro for Ron to follow when it came to the figure design process. Ron created the Sculpture Model Sheet shown above on the fly, and it would evolve over the coming years. The figure sculpture sheet above was signed and dated June 17, 1982 by Ron Rudat.