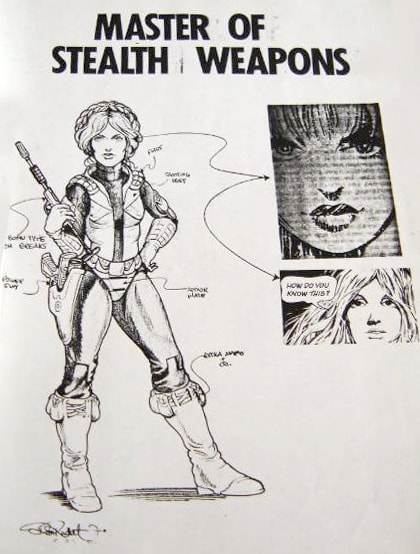 The above illustration was created in May of 1981 by Ron Rudat. This is believed to be an earlier take on what would become Scarlett. Unfortunately, the photo is not high resolution enough to make out the annotations, but the design evolved quite a bit over the next two months before we see our next illustration. 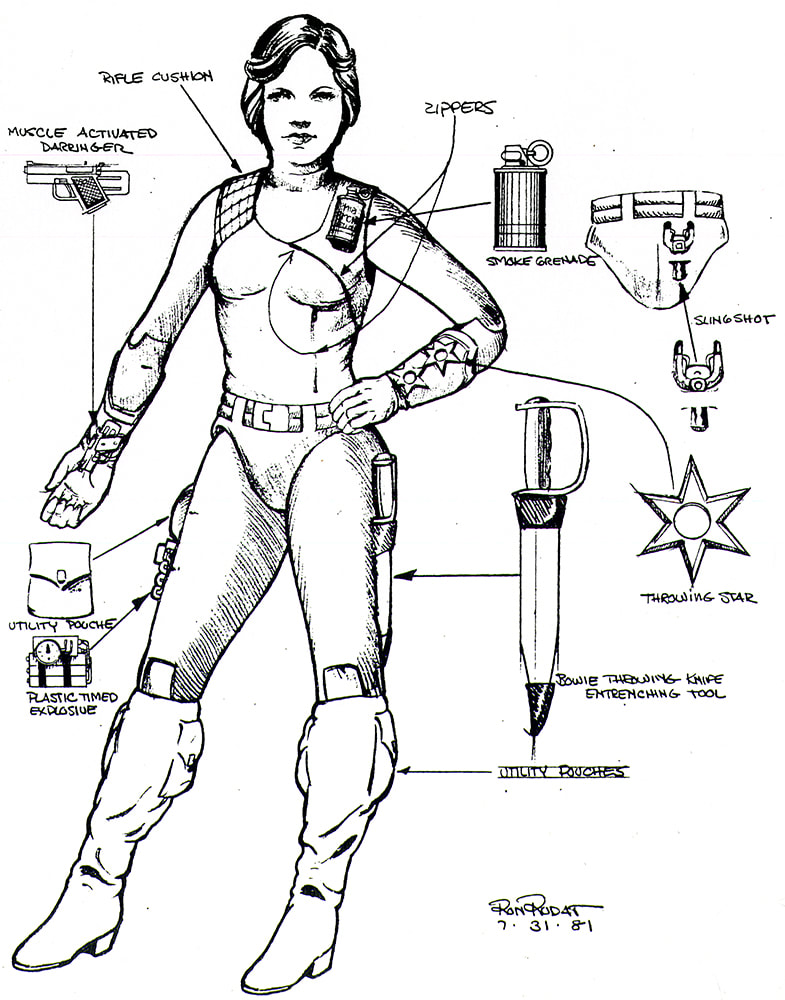 This illustration was signed and dated July 31st, 1981 by Ron Rudat. Ron labeled a rifle cushion on her right shoulder, a muscle activated Derringer on her right wrist, zippers over her left breast, a smoke grenade on her left shoulder, a slingshot on her right buttocks, throwing stars on her left lower arm, a Bowie throwing knife entrenching tool on her left thigh, utility pouches on her calves and right thigh, plastic timed explosives on her right thigh. A Derringer is neither a revolver nor a semi/fully automatic pistol. Instead, "it is often multi-barreled and the smallest usable handgun of any given caliber and barrel length due to the lack of a moving action, which takes up more space behind the barrel. It is frequently used by women because it is easily concealable in a purse or a stocking."[1] Scarlett hides her under her wrist and has a muscle activated spring loaded holster that projects the pistol into her hand when needed. 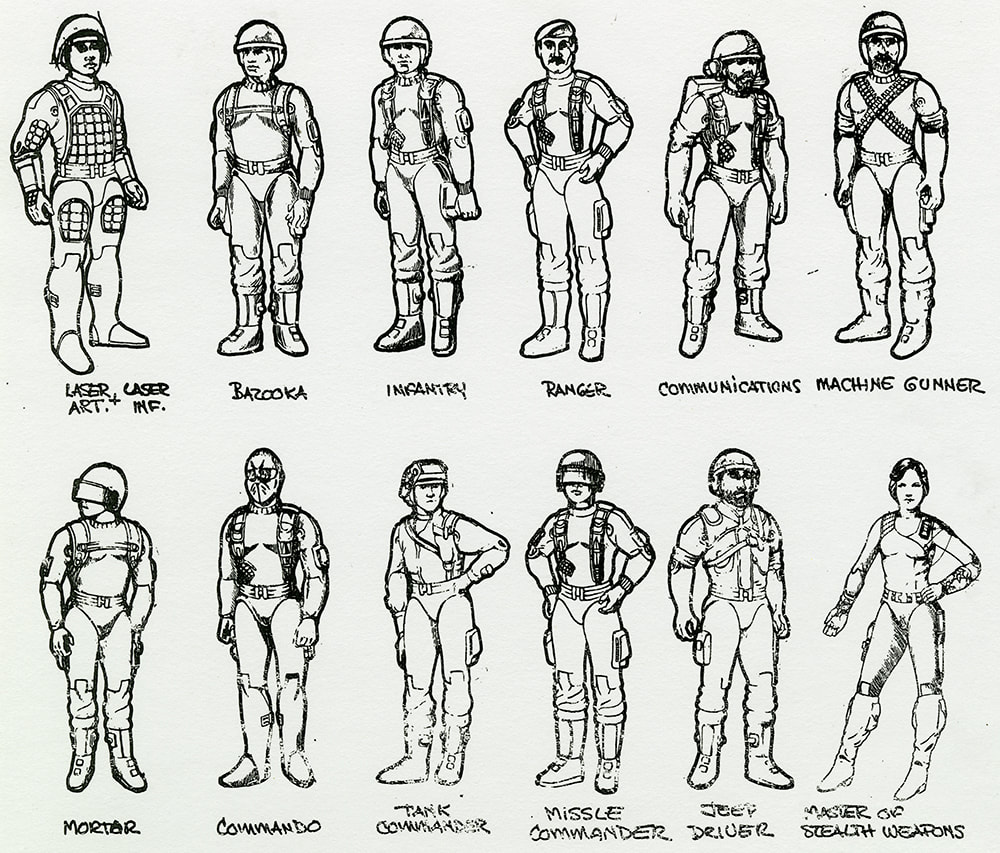 This undated illustration by Ron Rudat shows Ron's working titles for each of the 13 original 1982 Joes (note: Grand Slam and Flash share one illustration and are labeled twice). Here Scarlett is labeled "master of stealth weapons." 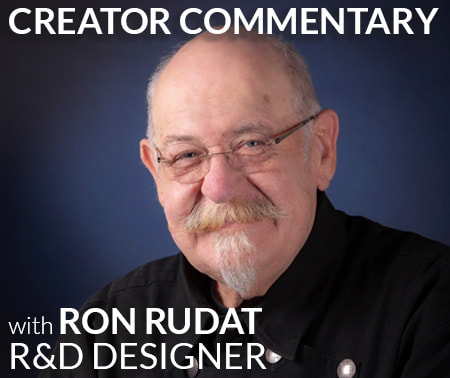