Includes: M-90 continuous fire machine gun with infrared scope, advanced rotor machine gun launcher system, spinning tri-blaster propeller ordnance, standard army XF-45 combat knife, figure stand
Originally, Roadblock came with a large black machine gun, a black knife, a blue launcher, a black rotor, and a black figure stand.
Hasbro recalled Roadblock v4 with these accessories because the launcher's clutch could get over-wound. Some collectors speculate that the disk launcher was too powerful, but they are mistaken. To see the launcher in action, check out this YouTube video. 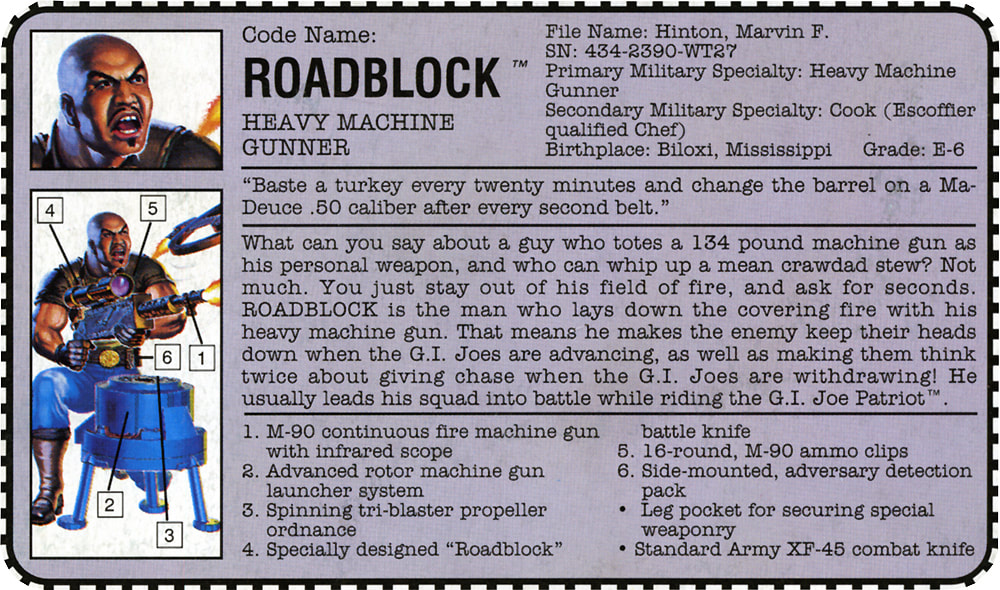 Below is a look at the card art with the bubble removed. The bubble was cut off with a razor, the cardback was scanned, and the scan was restored to remove evidence of the bubble. This looks similar to a proof card, but it is not a proof card. Hasbro recalled Roadblock v4 with the rotor and spinning blade because the launcher's clutch could get over-wound. They edited this artwork to remove those accessories before rereleasing Roadblock v4 with modified accessories. 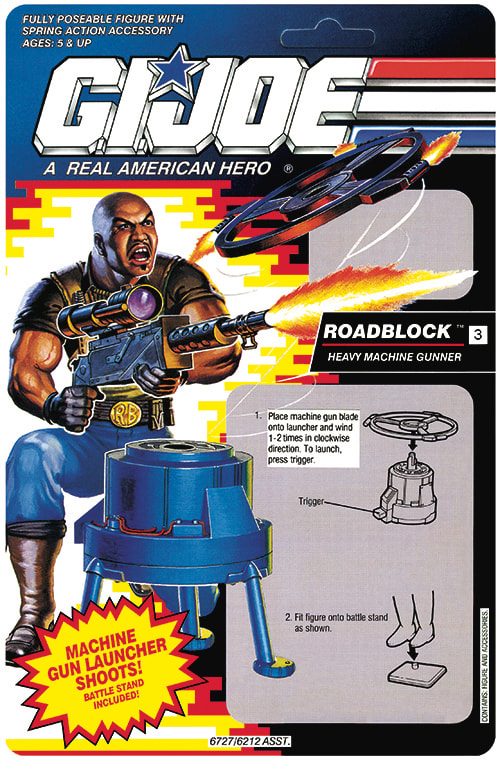 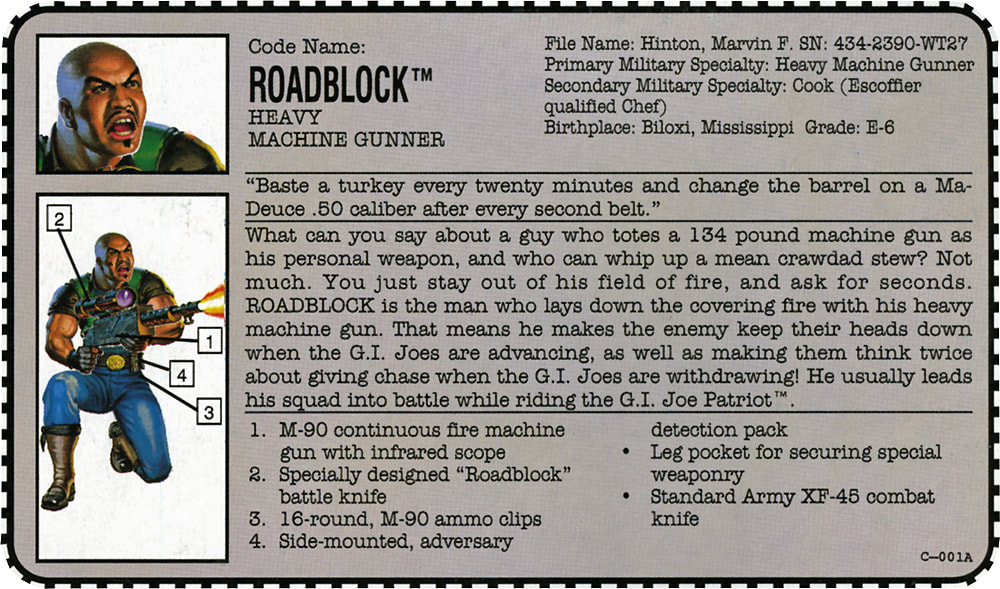