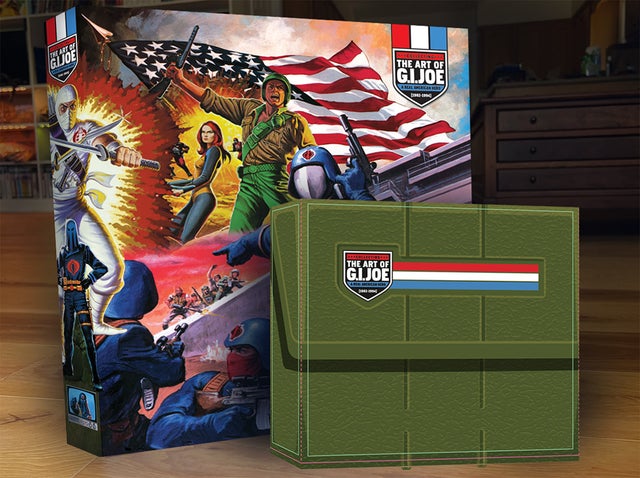 Over the last several years we’ve been on a mission to document the stories of the folks that created this timeless artwork. We’ve traveled to Rhode Island, Massachusetts, Queens, Manhattan, Connecticut, South Carolina, and more to interview folks like Kirk Bozigian (former G.I.Joe Brand Manager and Vice President of Boys Toys), Ron Rudat (former Hasbro designer and creator of the first six years of G.I.Joe figures), Mark Pennington (former Hasbro designer and creator of the next three years of G.I.Joe figures), Ed Morrill (former Partner of CLS&M, the packaging firm that created the packaging for G.I.Joe from 1969-1989), Doug Hart (former Hasbro artist responsible for the lion's share of late 80s and early 90s G.I.Joe paintings!), and Bill Merklein (contract sculptor that crafted over 70 G.I.Joe figures from 1983-1989). ​

We conducted comprehensive interviews and solved some of the unsolved packaging mysteries that have puzzled collectors for decades. Not only will these creators’ stories fill the pages of the new Omnibus Hardcover, you’ll be able to watch them on these DVD and Blu-ray disks!

Please note: shipping is NOT included with this purchase. This item is slated to ship late-spring 2023 along with the Omnibus Hardcovers. We simply cannot predict what shipping costs will be nine months from now. So, we will follow up with each pre-order buyer at that time and ship their order as soon as their shipping has been paid. This will also give buyers the opportunity to update their shipping address at that time.