The illustration below is signed by Guy Cassaday and dated 1985. The production General was much smaller than this initial "Rolling Thunder" concept, which featured 16 wheels and required the landing pads to be retracted to fit through a standard 36" doorway.
​Note the Mauler on the loading platform. 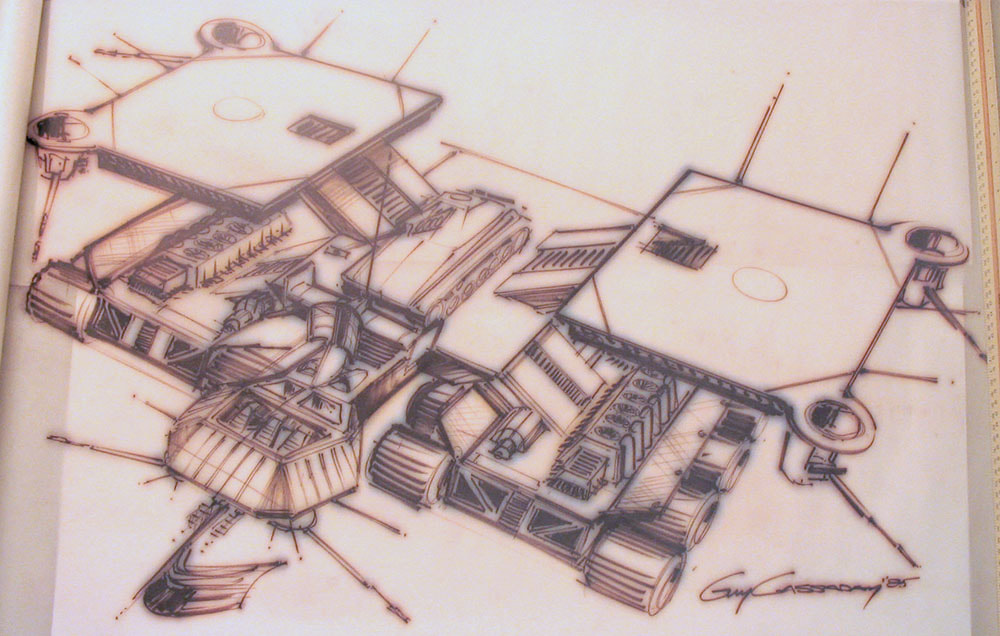 The Polaroids below show the costing model built by Guy Cassaday (Rolling Thunder used for scale).

Bill Young took over design duties at this point in the General's development, while Guy transitioned off of the brand.
​The prototype below was fabricated by Bill Cooke. 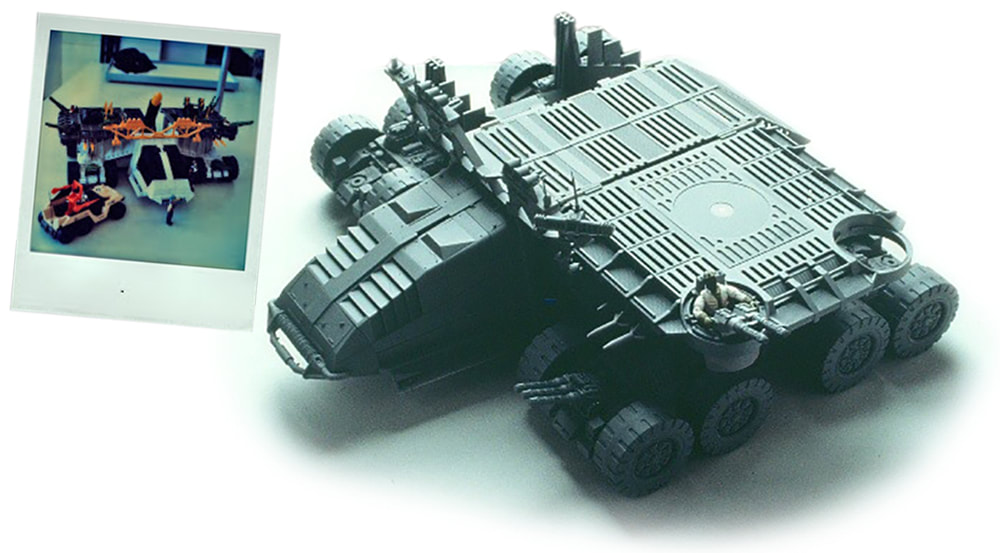 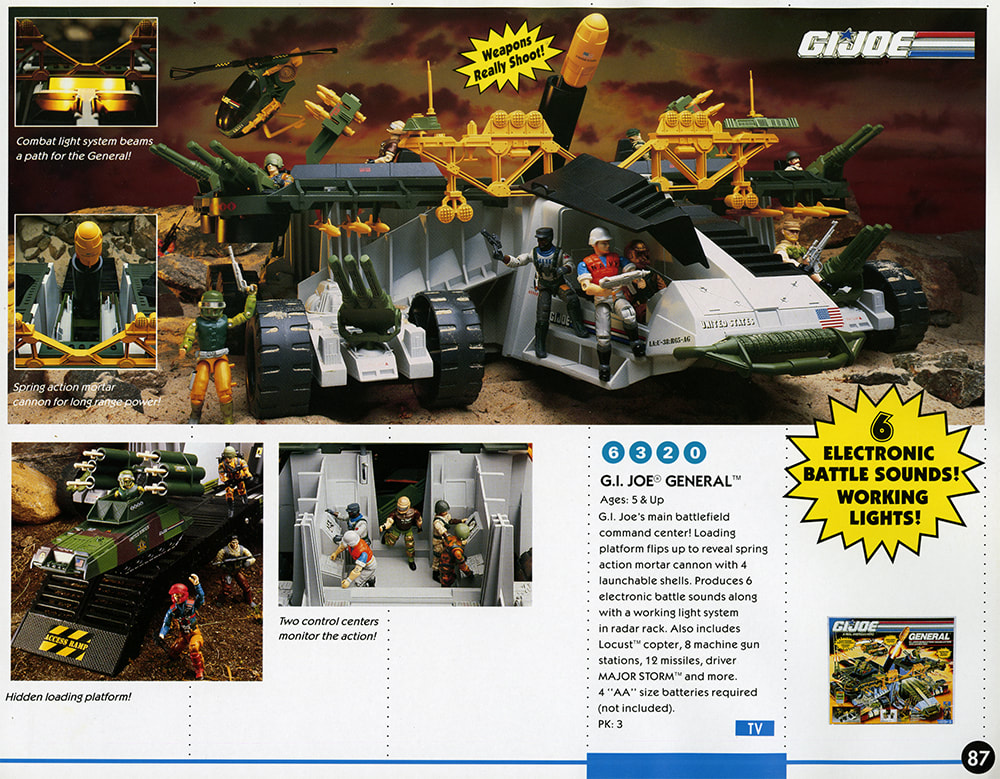 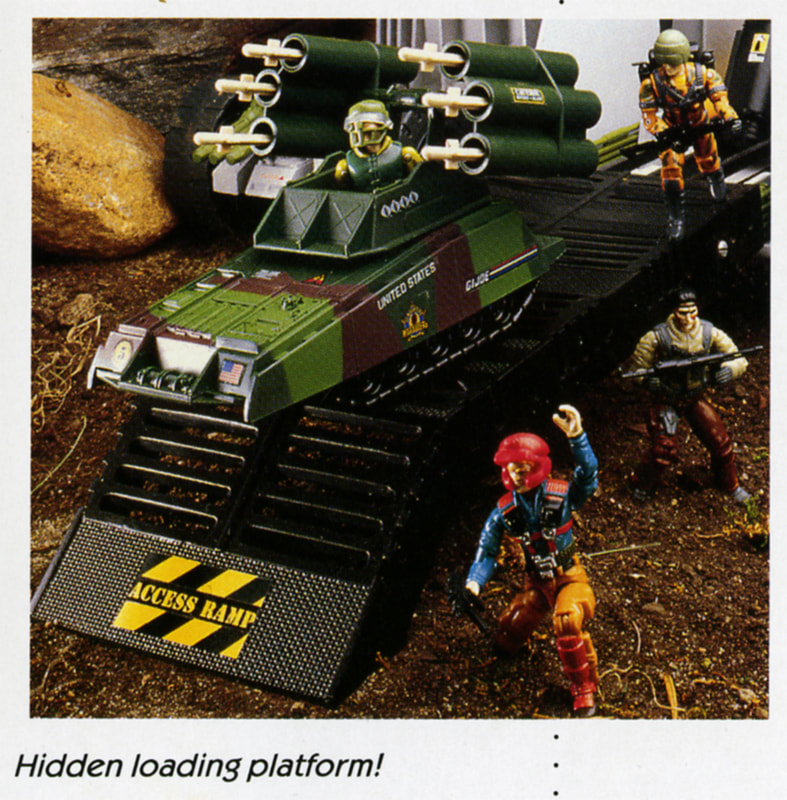 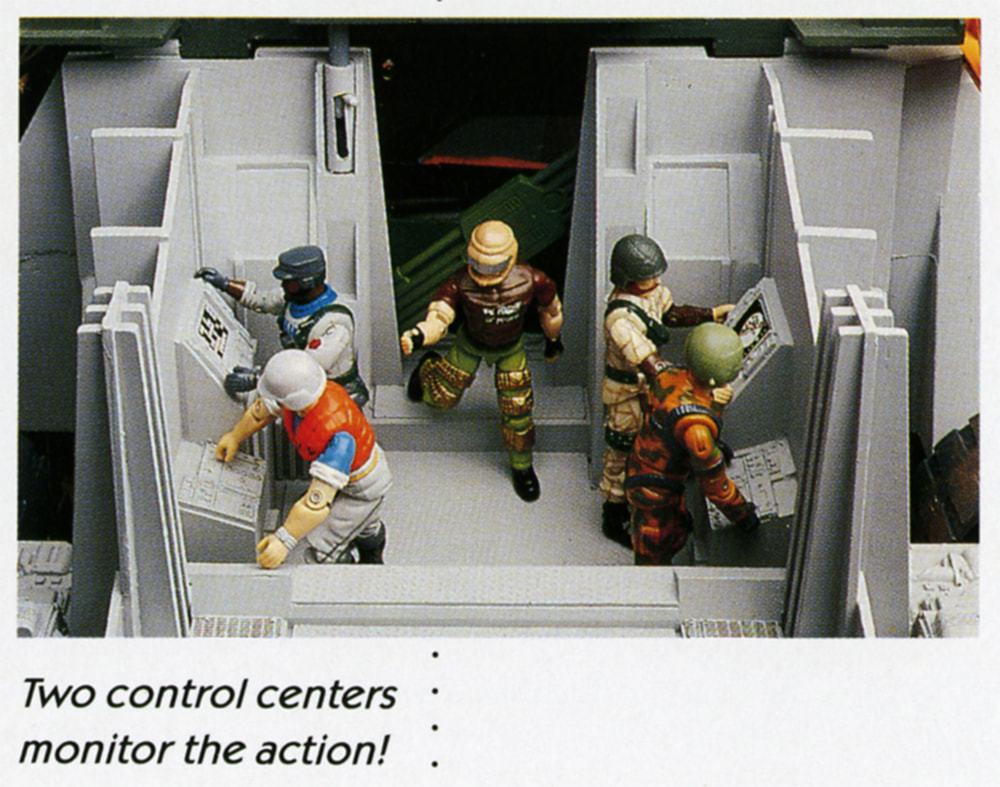