Joe Con 2013 was a blast. I shared a booth with Robert Atkins, the fan-favorite G.I. Joe (and Snake Eyes) comic artist. I'm sure we will team again at future cons and on future contests. Stay tuned for details!

I met hundreds of fans, about half of whom were already fans of 3DJoes. It was great introducing those that didn't know about the site to the wonderful 3D photography behind 3DJoes.

I sold 100 or so posters on site and met several dealers who said they'd follow up for bulk orders. Thank you to everyone who's purchased a poster to help support 3DJoes. I've finally broken even on the investment I made two months ago! All poster sales going forward will counter the expense of the 3D photography displayed on 3DJoes. I couldn't be happier about that!

I gave some posters away to kids who's parents wouldn't buy them a poster. That was awesome.

We premiered Joe's Anatomy and won some film fest cash.

I made a lot of new friends (AKA Joe Bros).

Finally, I met Larry Hama, the godfather of GI Joe ARAH. That had to be the highlight, to meet someone I've admired for so long.

So, enough with the words, how about some pictures?! 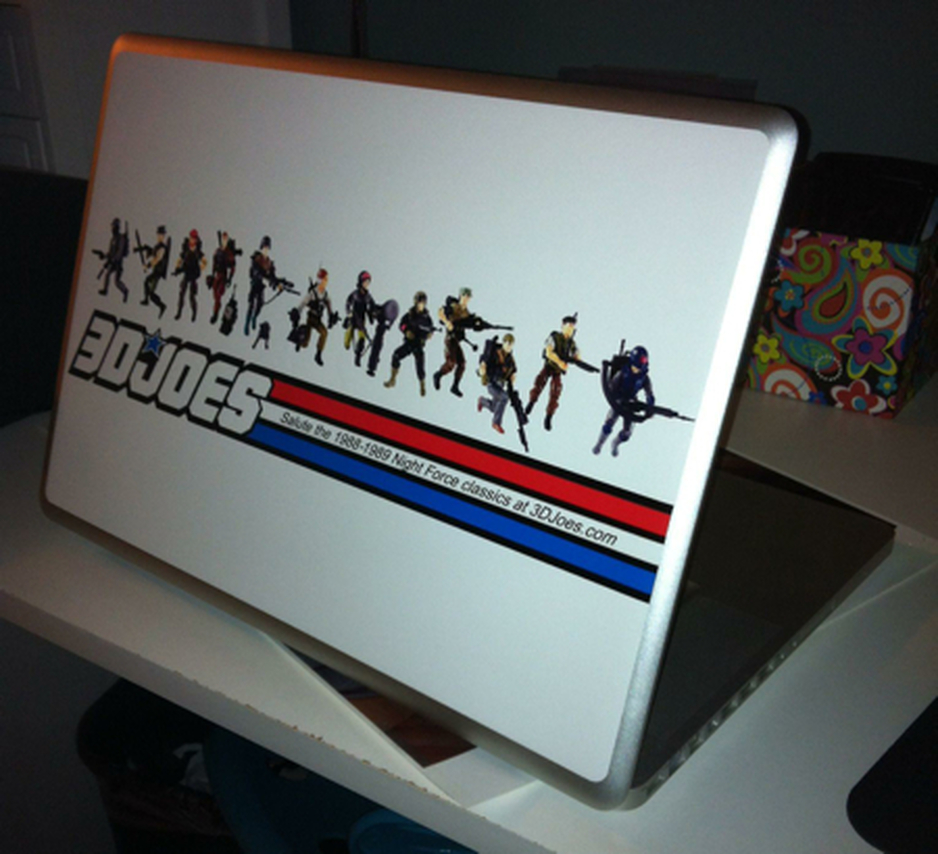 I tricked out my laptop with a 1988-89 Night Force skin to celebrate the occasion.
Hello, Indianapolis
Hello, Larry! 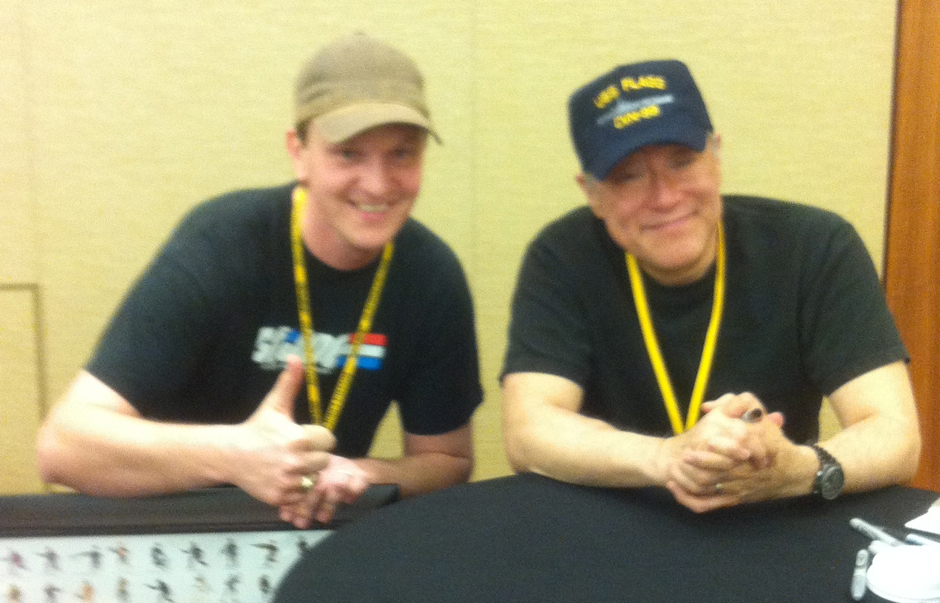 I finally met Larry Hama, the godfather of G.I. Joe ARAH! How cool is it to meet someone you respect and admire, 30 years after discovering their work?
Hello, Lady Jaye and Flint! 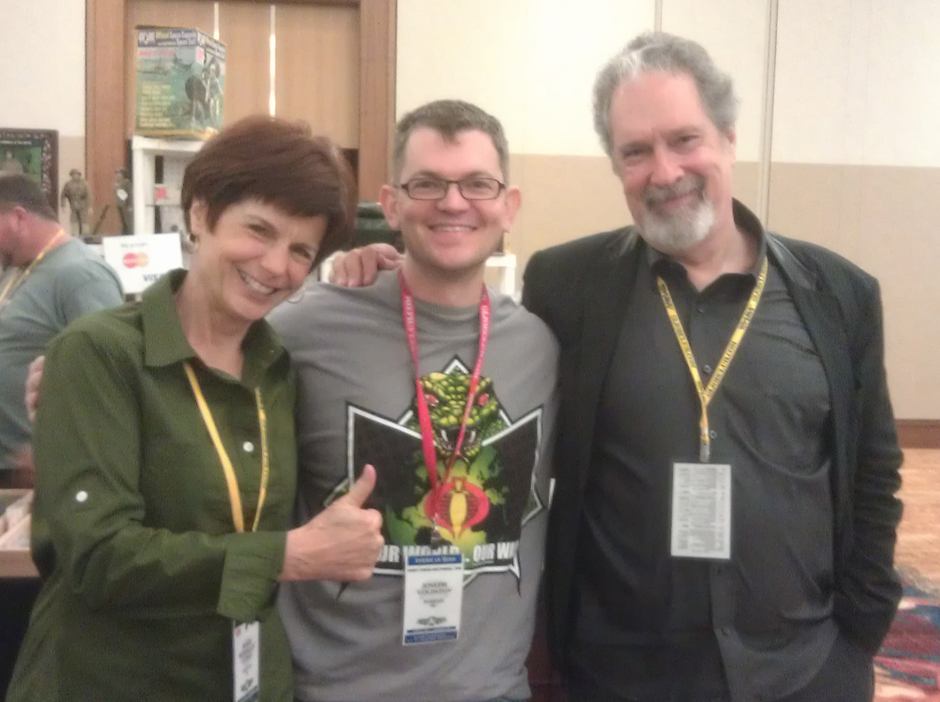 First, these guys made awesome costumes. Then, they agreed to spin in a circle for me. Pretty awesome, huh? 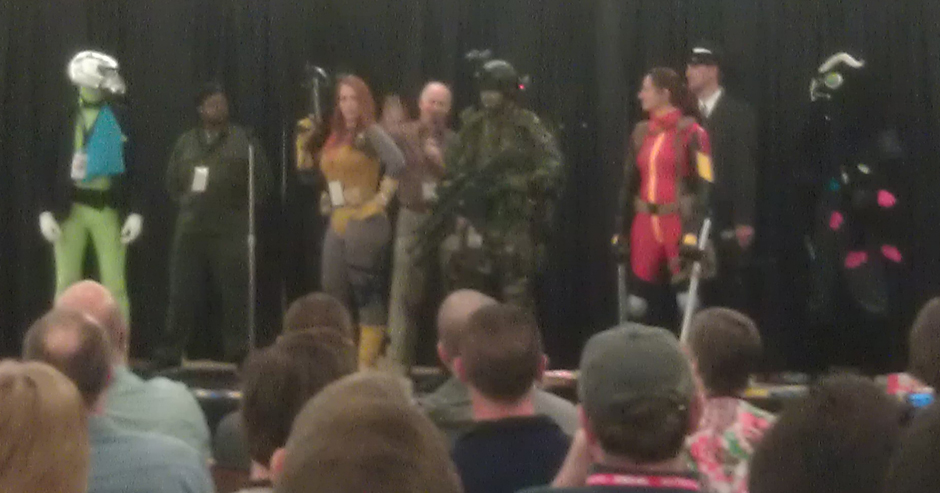 The costume contest was well attended. DES, the FSS Jinx, took home first place. Rightfully so! She makes awesome costumes year after year.
Shameless promotion of "3DJoes of the 80s" 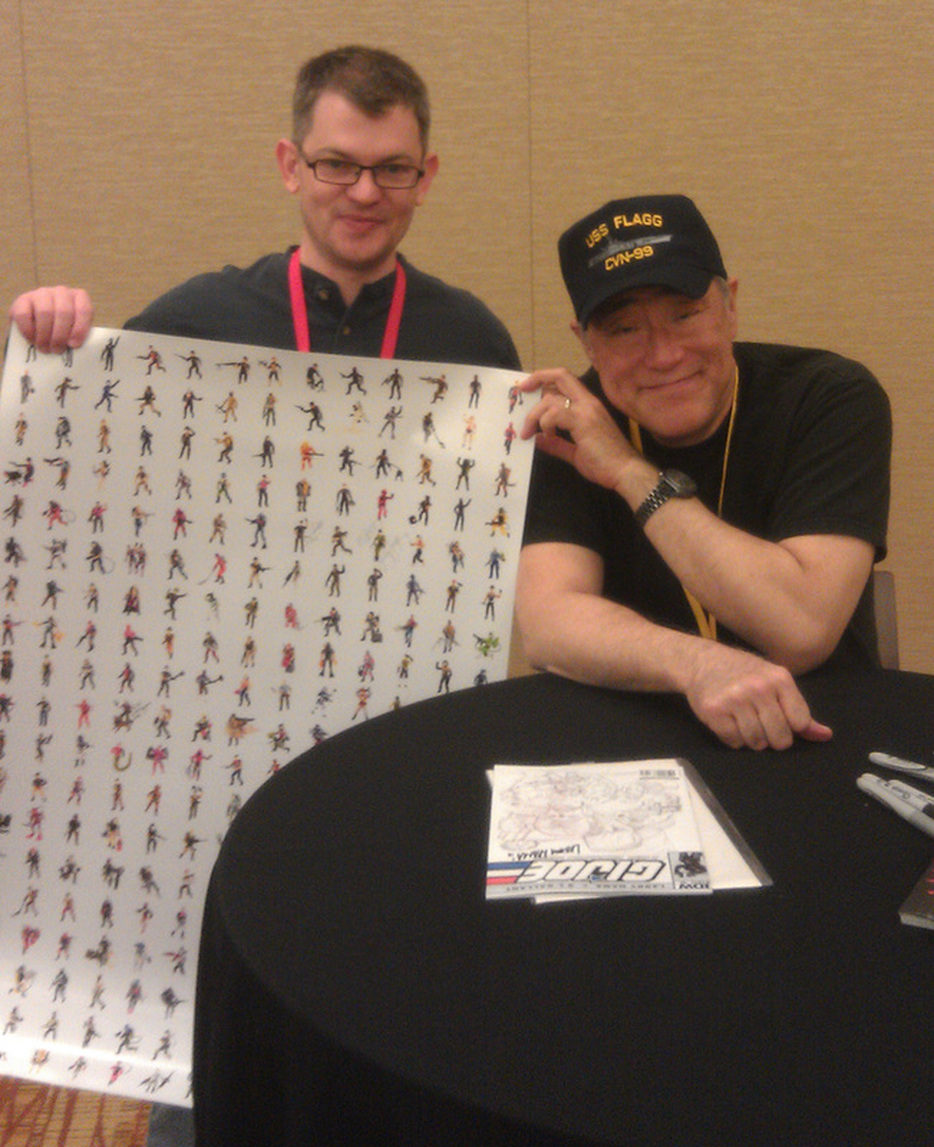 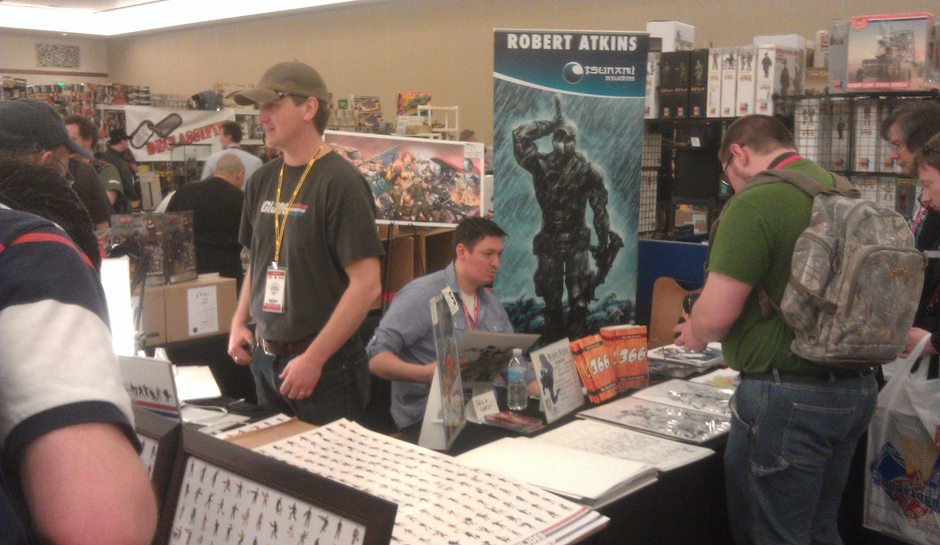 Here's where I spent most of the weekend, sharing a booth with Robert Atkins, selling "3DJoes of the 80s" posters and talking about 3DJoes.com